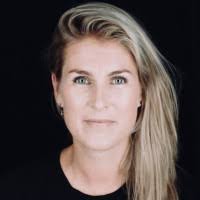 7 Tips to Influence your Stakeholders with Data 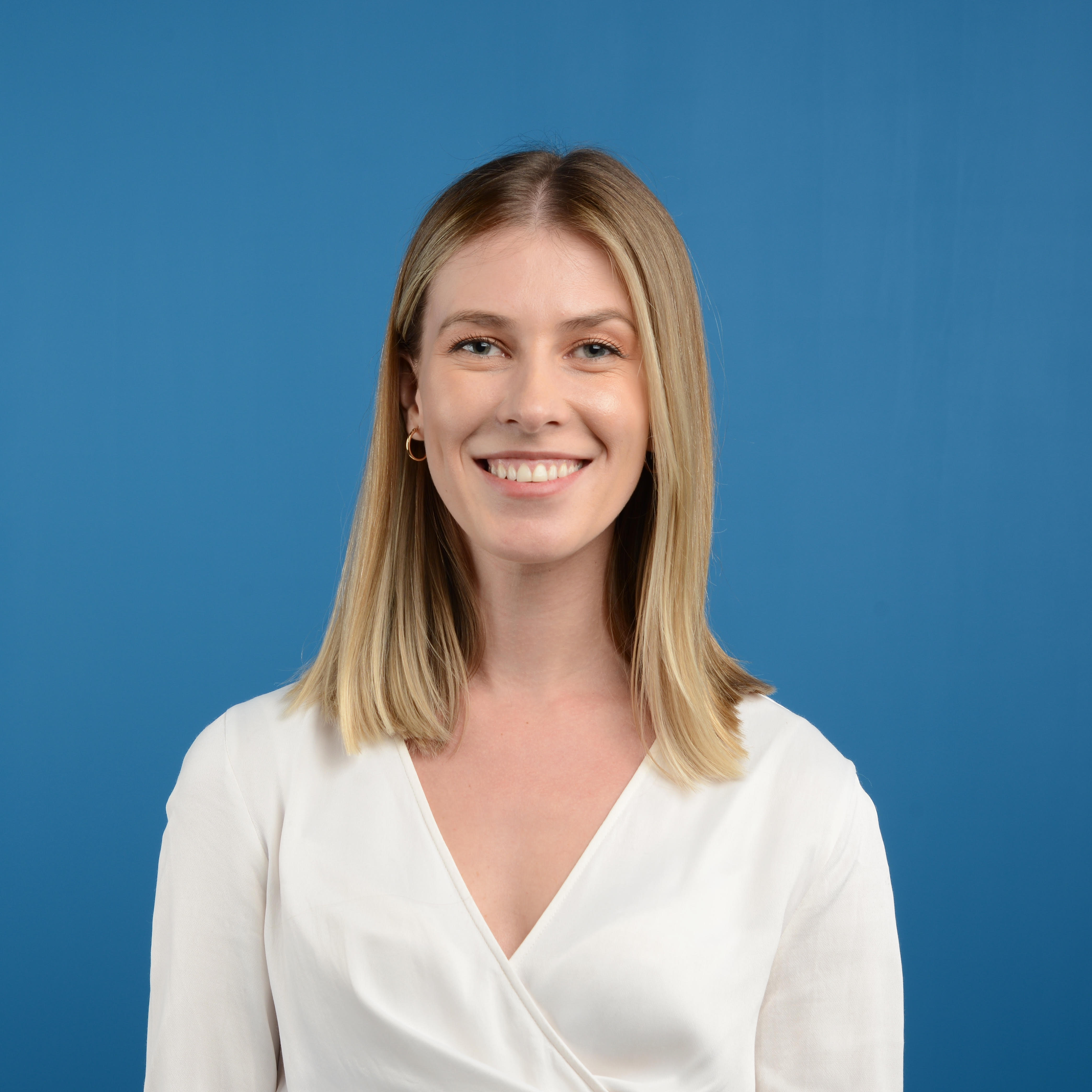 Watch all our webinars
Watch here

Getting to Know a Client Lead, Chat with Elsemieke

From the start, it’s clear that Elsemieke has a motor. Her passion and enthusiasm for her work mean she’s frequently engaged in a project (or many projects), so we were lucky to get an hour of her time to discuss what it’s like to work as a Client Lead for WeAreKeen while also acting as the Head of Talent for rapidly-growing startup felmo. Elsemieke’s talent in recruitment has been recognized since her first internship when after only one month of work she was offered a full-time position, which she managed while pursuing her bachelor's degree. While getting her feet wet in the corporate world building a TA department, she was approached by an agency that focused on scale-ups and startups. It was during this experience that Elsemieke realized she wanted to work more closely with smaller companies and help them grow, rather than just placing people in roles.

Let’s get to know Elsemieke and learn about her journey which has traversed many realms in the world of recruitment.

WeAreKeen: Tell us a bit about yourself.

Elsemieke: Well, I’m currently doing a new study for business administration, so I am staying busy. In my free time, I really like a hard, physical workout to destress and push myself in a different way. I find it hard to take my brain off of work completely, but the element of exercise has a way of doing it for me. I also enjoy a great night out to dinner at a new restaurant. Often those delicious dinners turn into a long, exciting night out! Next to this, I am always in for a fun city trip or spending the weekend with my friends.

Oh, and aside from the owners, I’m one of two dutchies working at WeAreKeen!

Why did you decide to join WeAreKeen?

It’s funny, because in my first interview I was very much trying to get in the driver’s seat and I was asking a lot of the questions about WeAreKeen, to you. I was so used to being the interviewer and not reverse, so it got off to a bumpy start. We had a good conversation that was honest, but we decided the timing wasn’t right. But thankfully we kept in touch and eventually, it worked out.

I think WeAreKeen is great at finding potential and fostering it, helping the talent grow, and placing great trust in the employees, which was a huge draw for me to join the team.

One thing you love most about WeAreKeen and your job?

I can’t say just one thing that I love most about WeAreKeen, so let’s go with freedom, ownership, responsibility, professional development, the openness and overall ‘good vibes’ in the office, and the diversity of assignments that I’m trusted to take on.

Additionally, It became apparent pretty fast that the management really cared about their employees, and I could trust them. I was searching for that. Even when it’s really busy, they’re good at slowing things down rather than bringing on more work and overwhelming. At the start of my employment, I was given so much freedom and there was trust put in me right from the start.

What does being an Embedded Recruiter mean to you?

The way I see it, as an ER we aren’t outsiders, but a part of the company we are working with. Our added value comes from our internal WeAreKeen team and the knowledge we have, collectively. We are using each other as resources, and then bringing that to every company in which we embed.

Also, we aren’t just hiring for the sake of filling a position, nor are we rushed to do so. We are fully involved in supporting the company however we can. It’s all teamwork, no hidden agendas. We want to build a long-lasting relationship with the client and I hope that ethos shows in how we work.

What does a Client Lead do?

It means being more responsible on the commercial side. We are managing the clients, advising what kind of hires they need, and giving them peace of mind, really. Since we have a background in recruitment, we bring an added perspective that helps match up the client with the recruitee. We’ll even advise on employer branding. Whatever they need, we try to service.

What did your first month look like at WeAreKeen?

I had to take over our client Wellster, then ended up flying to Munich for work, then on our workation I was on a holiday of sorts with a lot of people I didn’t know and I’m fairly introverted in that kind of setting--so it’s safe to say it was intense! Haha.

Tell us about the company you're working at and your role there.

Backbase really needed help with a supporting role in the executive recruitment team. They lacked the personnel so I was putting out fires and learning a lot about executive recruitment and understanding the stakeholders. I was supporting leadership roles, mainly. At the same time, I was working 8 hours a week as a Client Lead at Felmo, but it was soon apparent that they needed structure in the talent department, so that role grew alongside my work at Backbase. I’m now the Interim Head of Talent at felmo, which is more strategy-oriented. I’ve realized how important it is to also stay involved in the operational department.

Tell us about your daily work.

I start around 8am but keep my Slack turned off, otherwise I’m bombarded with messages that can be distracting. Usually, there’s a stand up meeting around 930am between Berlin and Amsterdam to work on roadmaps for recruitment; maybe a call with marketing regarding employer branding, client lead meetings, one-on-ones, sourcing interviews--whatever is needed at the time! I find having a plan and a checklist is good, and keeping a To-Do list really helps to keep me focused and on track.

What are your main challenges?

Too many meetings. At felmo, I’ve organized meetings between Berlin and Amsterdam every other day instead of every day. Much more effective and efficient.

I find it hard to say no to projects because I’m enthusiastic and I feel like I have to keep moving, doing something. So delegating is a challenge, as well as saying no to some projects where I would be spread too thin. I have to understand that I can’t solve everything, and there are other people who can do the job well, and who have the time. I can learn and soak up knowledge without having to throw myself into a project, I’ve learned.

What do you enjoy most about being a Client Lead?

Working with multiple clients, seeing how different companies become successful, supporting in any way I can to make the client happy. The results are visible and quick. That’s huge for me.

What’s the best advice you would give your fellow Embedded Recruiter/Client Lead to succeed on a project?

As an Embedded Recruiter, don’t be afraid to open up conversations with peers or Hiring Managers and communicate. I see a lot of mistakes made because someone didn’t follow through with a question and because assumptions were made. Speak up! Don’t be scared.

As a Client Lead, be flexible. Listen to the client, avoid assumptions, examine what they are saying and chime in when necessary. You’re there to serve them, so if you have a good idea or a question, get in there!

Speak up! Don’t be scared.

While working on a project at felmo or Backbase, how do you manage to stay connected with WeAreKeen?

It’s not easy, actually. I do find attending the trainings, getting drinks, working in the office some days really helps. It is difficult, but I like to stay connected!

Do you feel supported and coached by WeAreKeen?

Absolutely. I don’t think I would be given the responsibility that I have if I wasn’t supported or if they didn’t place trust in me.

Is there something you would still like to do or learn?

I know that someone out there can do this job better than me and has more experience, so I want to continually learn and develop myself to be the best I can be. I don’t want to ever stop learning!

What is your best memory so far from your experience at WeAreKeen?

The workation was great! Meeting new people and the team in that environment was a good ice-breaker as I entered the WeAreKeen team. Traveling has been interesting and very memorable because of all the ups and downs and discovering new cities, and navigating them. It’s been great so far.

Well, if there is something you really like or want to do, speak up! A year ago I wouldn’t have guessed I’d be where I am, but I sought it out, put in the work and energy and things have fallen into place. I knew there was more I could do in my career, and I spoke up. My advice to others would be to do the same - take ownership of your ambition and take the steps to advance yourself.

Watch all our webinars

Find out more about partnering with WeAreKeen

Learn more at the Keen Academy

Keep following us
on social media

Don’t miss any updates from us